About Us | CAG Staff | Tom Korey 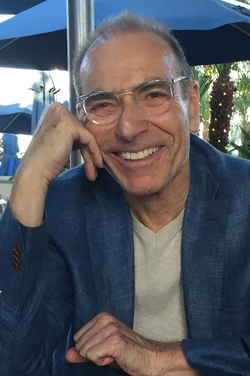 Tom Korey has been a leading member of Los Angeles’ Westside commercial real estate brokerage community since 1982. Prior to joining First Property Realty Corporation (September 1997 to October 2021), Tom was affiliated with Cushman & Wakefield’s Century City office for six years (July 1991 - September 1997) after serving as Managing Director of Julien J. Studley’s (now Savills) Westside office for nine years (January 1982 - June 1991). Tom is a graduate of New York University’s School of Commerce, Accounts and Finance (Now Stern School of Business) with a B.S. in Management and Marketing. Mr. Korey is also actively engaged in numerous civic activities within the City of Beverly Hills where he has served as Chairman of its Public Works Commission, President and Chairman of the Maple Counseling Center, President of the Chamber of Commerce’s Board of Directors, member of the Mayor’s Economic Advisory Committee, Founding Member of the City’s Economic Development Council and has been a twenty-five year member of the Rotary Club of Beverly Hills having served on its Board of Directors.