About Us | CAG Staff | David Aschkenasy 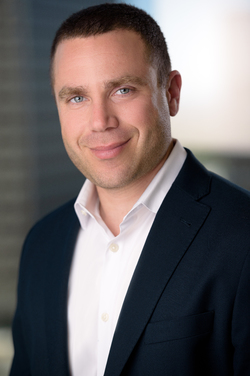 As one of the original members of Commercial Asset Group, David has played a key role in establishing CAG as a major player in the market. David’s focus is on the sale and leasing of retail and office properties with an emphasis on landlord representation, and he has also successfully represented many businesses in their leasing of office space throughout Los Angeles. David services a great deal of Los Angeles, from Downtown to the beach, with a particular focus in West Hollywood, Beverly Hills, East Hollywood and parts of the San Fernando Valley, including Burbank, Encino and Sherman Oaks.

David’s unique approach to the business—treating the client’s buildings as if they were his own, and making recommendations based on that—has resulted in more than $100 million in investment sales, and in excess of $50 million in lease consideration, all since he joined CAG in 2009.

Recently he represented Compass Real Estate (a technology-based residential brokerage firm) in their west coast expansion, including their headquarters of 25,000 square feet of office space in Beverly Hills, and locations in Pasadena, Malibu, Brentwood and Playa del Rey.

He began his career in 2004 with Domino Realty and in 2005, joined the West Los Angeles office of Charles Dunn Company. After earning CDC’s Rookie of the Year award and a place in the coveted Charlie’s Club, David went on to sell over 100 million in commercial real estate and completed over 35 million in lease transactions.

A lifelong Angelino (Brentwood School ‘00, University of Michigan ‘04), David grew up in Hancock Park and continues to have strong business ties to the community. He’s the highest volume broker on Larchmont Boulevard, having brokered the only four building sales in the last 10 years, and leased more space on Larchmont Boulevard than any other broker. Currently he lives in Encino with his wife, two kids and two dogs.