Your Success is Our Ambition

Built on a decade of success as a top producing broker and with the loyalty of his long-time clients, David Ickovics created Commercial Asset Group to be the southland’s most innovative and energetic, full-service real estate brokerage firm. Toward that goal, David assembled an elite team of experienced, top-producing and award-winning professionals.

Service the Client with Diligence, Honesty and Integrity

Our philosophy at Commercial Asset Group, and the reason clients trust every aspect of their real estate portfolios to our market experts. Dedicated to representing our client’s interests and aggressive in pursuing new opportunities for our clients, each member of the CAG team brings hard work, personalized service, and the utmost professionalism to every transaction. 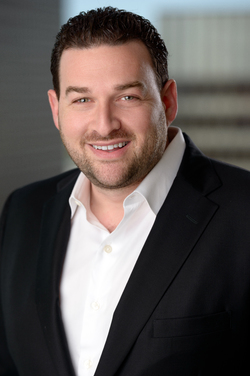 From day one in the real estate business, David has operated under a primary business philosophy: service the client with diligence, honesty, and integrity. When he opened the doors of CAG in 2009, this credo became the brokerage company’s core value--one that continues on today.

Named by Los Angeles Business Journal as one of the Top Commercial Real Estate Brokerage Firms in 2014, 2015 and 2016, CAG is a full-service firm specializing in the leasing, sale, and management of investment properties throughout Southern California. David’s personal and professional touch has allowed CAG to become an immediate force in the brokerage industry. As such, CAG holds 100 to 150 exclusive listings, represents over a million square feet of property, and has done more than $2 billion in transactions since the company began.

The myriad of skills necessary to achieve CAG’s specific brand of success and service have roots in the beginnings of David’s experience in the field. In 2001, David began his career at the Charles Dunn Company’s Studio City Office, where he focused on the leasing and sales of office and retail buildings as well as shopping centers. His impact on the business was immediate, and helped him earn Charles Dunn’s company-wide Rookie of the Year award, and the Largest Sale award in 2002.