About Us | CAG Staff | Daniel Chiprut 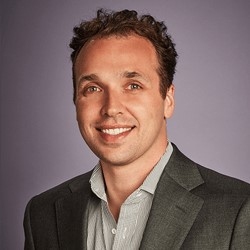 Daniel Chiprut joined CAG (Commercial Asset Group) in 2019 as Executive Vice President and Co- Principal in the firm’s West Los Angeles office, bringing with him more than 15 years’ worth of commercial real estate experience. A specialist in landlord and tenant representation, with a focus on the medical and technology office sectors, Daniel is considered one of the top commercial brokers in Los Angeles.

Prior to CAG, Daniel served as a senior managing director with Newmark Knight Frank (NKF), where he built his reputation for landlord and tenant representation of medical and creative office space. While at NKF, Daniel was named a top producer in 2017, and 2018.

Daniel resides in Los Angeles, CA, and is an active volunteer with the Center For Early Education, as well as the Jewish Federation, and enjoys spending his free time with his wife and two sons.